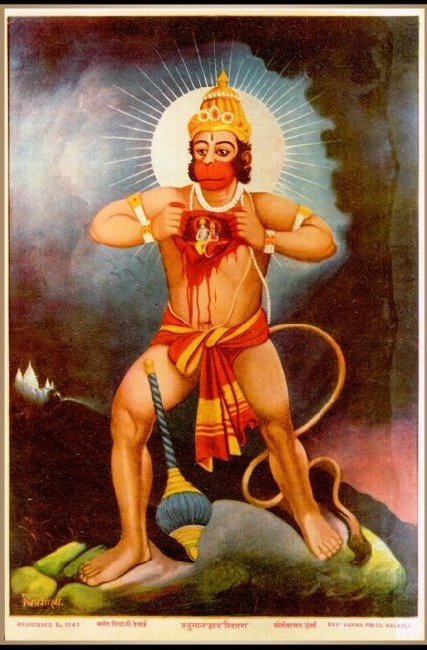 Can’t figure out why film channels from India are beaming pictures like ‘Shawshank Redemption’ and ‘Planet of Apes’ for our Independence day!

Anyway, as a fierce wildlife lover, I couldn’t have bargained for more.

I hate to bring the Hindu factor into everything but can’t help mentioning here.

I grew up in a home/culture where before we ate a morsel of food everyday, we offered it to Goddess Annapoorna first and then the crows in our terrace next. The crows we see as our pitrus (forefathers) waiting to be fed every morning.

Cows are everywhere in India because we think they are divine. Same for monkeys. Our temples also have snakes !

Every Hindu God (we have a galaxy of them, each for a different department) has a pet animal attached (very much like in Avatar picture – the word Avatar being the Sanskrit word for reincarnation) (reincarnation by itself is another Hindu philosophy). Every Hindu temple has a ‘thala vriksha’ – the temple tree.

All trees in India are sacred and considered divine.

I recall when we had to fell the four tall standing and overgrown Ashoka trees in our house because their roots were damaging the structure.

The day before, the crew came with their tools and machinery and performed an earnest Puja (akin to Christian service) offering the septuagenarian trees ‘Neivedyam’ (food meant for the divine) and pleading for their pardon for cutting their lives short.

The next day morning before chopping of the trees using machines and saws (for the top most branches), there were again fervent prayers for the souls of the trees. The woodcutters were labourers who routinely felled trees hindering highways. But they said, cutting old trees was like murdering wise old men.

Which other culture of earth would think the way we Hindus do. Who will even bother about the souls of trees. Some trees we Hindus believe may house ‘Muneeshwar’ for one thing, the saviour god of little children! And He is believed to be an unforgiving angry old man, not wanting to be disturbed! Better not provoke Him!

The Ashoka trees in our compound were  taller than three-four floors and home to a handful species of birds. Cutting them down was no easy task. In spite of machinery and good amount of manual sawing, the street had to be cordoned off for the day for safety purposes. The way the trees fell! Unforgettable even today. For years you assume they are one among you, they are like a family member, but then you chop them down one fine day!

If you think Ashoka trees had no branches, you are wrong. How the birds had intelligently built their nests in the crooks and nooks in the Ashoka trees was amazing.

I couldn’t help wailing out in agony as the trees were taken down one by one. As they were huge, they took two whole days. The base never yielded. Not quite possible to completely uproot them. Acid was poured on their roots to snuff out whatever life could possibly still sprout from them at a later date.

The evenings were the worst. I remember it vividly because my son was still a primary school boy then. I have fed him food pointing out the birds to him and the nests and eggs.

The birds were back for their nests at sun down and were clearly disoriented not finding their homes. Their screeches in pain and shock rented the night air – the crow families, the cuckoo families, the pigeon families and the sparrow families were all flying in circles. I wondered how much curses must have been heaped on us by the voiceless and helpless bird parents looking for their nests and nestlings. After a week of encircling our house, they stopped coming back eventually. Where in the city they took refuge was something I thought about for a long time.

Urban Chennai has no place any more for tall old trees. Every inch of space is worth in millions of rupees, sadly. I forgot the squirrels. I didn’t know until then how many squirrel families had holed up in the trees.

The trees had to go still. It was practical solution with neighbours complaining from next street about the intruding roots damaging their foundations.

But the love and respect we Hindus have for all living creatures is immense. Our temples house the cows, the snakes, the trees… In fact this is the main conflict between the majority native Hindus of the nation and the converted muslims who cull cattle and relish beef. The Middle eastern culture does not sync with the ten thousand year Hindu civilization which is too strong and deep rooted in spite of a thousand year invasion.

So as a wildlife lover and lover of nature, it gave me ample satisfaction to watch the latest ‘Planet of Apes’ picture today that saw the mutilation of Human race back to their fifth sense (of the Ape world) and the Apes ultimately ruling the world gaining an upperhand inadvertently.

Return to the Nature. That’s simply wonderful. Back to the basics.

Foreign ideologues like the Churches (on conversion spree) and the Islamists have always poked fun at the Hindu way of life for living close to nature, demeaning and disrespecting our love for birds and animals and trees, and even rivers.

Hindus are the only race in the world to have elevated the flora and fauna and the five elements of nature – the Agni (fire), the Wayu (wind), the Jal (water). Bhoomi (soil) the Akaash (sky) to divine status. All these are living Gods for us. Every christian and every muslim I have come across in my life has only ridiculed our cultural belief. The Hindu belief system has been worshiping nature for tens of thousands of years, being the oldest civilization in the world.

In Hindu temples, we marry the Neem tree with the Peepal tree (!). If a woman goes childless, all she is advised by the elders is to do is, to circumambulate the wedded trees every morning and evening. The reason is pretty scientific. Neem is a natural pest and infection controller. Together with the Peepal, the oxygen level in the air gets maximum purifying the environment. Who knows how, but it has been working for Hindu women.

In Mylapore, in the Kapaleeshwara temple where i literally grew up in, the ‘thala vriksha’ (the local shrine tree) was the Punnai tree. The temple bird was peacock. As it was a Shiva temple, we also had the Vilvam tree inevitably. And a cowshed where they reared a dozen high breed cows and bulls as tall as six feet. It would be a glorious sight to watch peacocks dancing with unfolded feathers before the onset of the monsoons.

All that is disappearing even in India now. Every single custom, belief and tradition from Hindu culture is degraded first, then copied and looted by the followers of Abrahamic folds. Simultaneous attack from multiple sides, i do not know how we are still ticking as a nation. Both the Middle east and the West are bent on their agenda: to either make us into world’s largest terror nation or another Latin America – at any cost. Hindus today are endangered species!

Watching a picture where mankind perishes from planet Earth totally leaving the world to the wildlife (in this case the Apes) felt good really. Hopefully this turns into reality!

Barring that, the human gene in the Ape Caesar is remarkably captured by the direction as the Ape leader’s face registers a variety of conflicting emotions coming face to face with humans in extra ordinary circumstances. The humane face of the merciless general doing his duty is another case in point. It is a battle between emotions and wit. For an ape leader, Caesar is a good characterization. I remember ‘him’ from his earliest movies – from the time he is a baby.

With this film, i have watched the entire series of the Planet of Apes. Whoever conceived the idea merits the highest awards, no wonder the latest picture bagged Academy awards last year.

May be not everyone’s cup of tea, but if you are a nature lover like me, you will appreciate the Ape flicks.

In spite of ridicule, we Hindus must never give up our love and reverence for the wild life and domesticated animals and for birds, insects, trees and rivers – in general, for all that is natural. All rivers of India are goddesses going by names Ganga, Yamuna, Godavari, Kaveri… the only boy is Brahmaputra, the son of creator Brahma Himself, among the trinity of Male Hindu Gods of Creation, Nurturing and Destruction.

When visiting the Thala Kaveri in the state of Karnataka, the origin of river Kaveri, I offered a Puja to Mother Goddess Kaveri, the lifeline of south India, who nurtures life to the south of Vindhyas. Thanked Her for the rice we eat, the water we drink, for the earth we slept on. Emotional moment for us. Dozens of Hindu families offered Puja (prayers) to Mother (river) Kaveri anointing her with flowers at Her source.

I am a Hindu. I am proud we worship our rivers. I am proud the Neem trees and Banyan trees and Crows and Snakes and Rivers and even the Seas are gods for us. There is no other culture like ours. The more I see such films, the more I love my culture and the more I refuse to let India be converted.

Apes are all the more special to us Hindus because, monkeys are the family of our god Hanuman. Hanuman we believe, still lives eternally somewhere, watching out the world. No other better custodian for planet Earth than Hanuman. We have exclusive Hanuman temples, dedicated to the monkey god. He is our protector god against all things evil. He is god for sharpness, alertness of brain. He is god for godspeed success.

Something like the planet of Apes within India is already described in our Historic epic Ramayan. It is called ‘Kishkinta’ – the kingdom of monkeys. Lord Ram helps ruler Sugriva defeat Vaali and consolidate the monkey kingdom.

After ‘Avatar’ a total lift of the Hindu philosophy of reincarnation (from one body to another), i have always felt that the Planet of Apes is another copy of Kishkinta, the ancient monkey kingdom believed to have existed in India by Hindus over tens of thousands of years ago. (At least director James Cameroon titled the picture ‘Avatar’ acknowledging its Hindu inspiration).

This site uses Akismet to reduce spam. Learn how your comment data is processed.